Why You Should Let Donald Trump Take Over Your Social Media 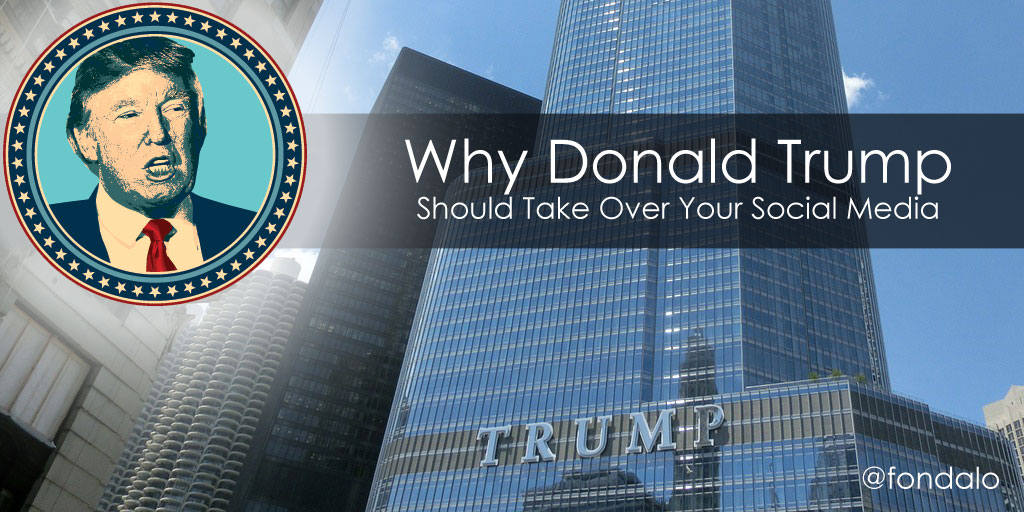 There are numerous political news, satire and pundit sources that are analyzing and providing commentary on the Presidential race for the white house, so do not expect another one here. There are also copious memes, supporters and adversaries that are readily available to bash or defend candidates including Donald Trump, so do not expect that here either. I am not literally suggesting that you let Donald Trump handle your social, but I am going to provide a perspective on Mr. Trump that may help you channel some of his strategy and personality into your social media marketing efforts.

Whether you love “The Donald”, detest him with a passion or view his antics like someone watching a horrific train wreck and just can’t help not to look away, one thing is true, he is no polished, life-long politician. In fact, he is the complete antithesis of the politicians that have dominated national positions since JFK. That authentic, irreverent and almost abrasive tone wreaks of authenticity no matter how opposite it seems to be from what we have come to see as normal. Decades of fake, lying, cheating Presidents, as well as arrogant, pontificating congressional members made up of people who say one thing yet do another has quite possibly driven a substantial percentage of our citizens to the very edge.

Many social media professionals, speakers and authors, like myself have preached for years about the authentic and personal requirements for effective brand, individual and agency marketing in the social graph. We have seen that the most authentic and personable brands, celebrities and marketers get the most influence, traffic and attention, while those that say one thing and do another, are overly formal or fake get less than stellar results. This is what I believe we are seeing in the current Republican Presidential race.

Are there parts of this connection or analogy I am making that are not dead on, yes of course. Analogies are never exacting, but I feel if you think about this connection without political bias, you will realize that citizens are consumers. What works with consumers in social media, also resonates with citizens that form opinions and support candidates. We hang around, connect with and/or generally like people who are similar to us in key areas we deem contextually important in certain situations.

The fact is, many American’s are just plain fed up. They are tired of the status quo consisting of polished, fake, do-nothings or “do wrong-things” politicians. Someone that isn’t or doesn’t pretend to be perfect, calculates every nuance in their response, content and tone can actually resonate with some American’s that want something or someone who at least appears real. Remember the movie starring Robin Williams, Man of the Year in 2006? Does art imitate life or the other way around?

Two Things To Incorporate From Donald Trump In Your Social Media:

Know Your Audience – If there is one important thing to learn and execute from Donald Trump is know your audience and what their issues are. Though all of the candidates are raising various issues as components of their campaigns, Donald is speaking to the real issues that are concerning his audience. Again, I am not agreeing or disagreeing with Donald, his views or any of the other candidates on either side of the aisle here, I am simply pointing out that when you truly know your audience and the issues they are interested in, you can out execute your competitors.

Be real – Being authentic and true to who you are carries weight in our society today. Gone are the days when the superficial in business and relationships could act the part they wanted others to see and get away with it. Social media has brought about a change that clearly shows the consumers desire for transparency and authenticity from their connections and brands they do business with. The “real” factor is clearly getting traction with voters who are watching Trump be who he really is.

A Look At the Race With Numbers:

Here’s a quick look at the twitter accounts of the leading 4 Republican candidates. Clearly Donald Trump has longevity and celebrity advantages the other candidates do not. However, he is far more active on Twitter and clearly runs his own account. 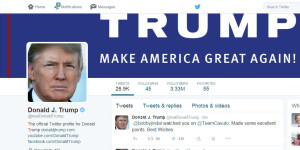 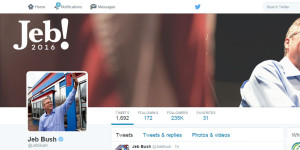 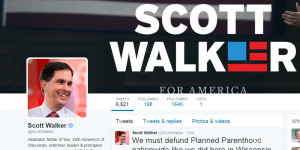 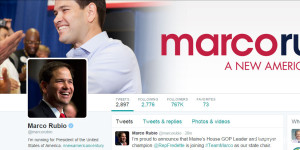 Looking at the race numbers, you can see when Trump turned on his “charm”. Since the latest two media explosions regarding his comments about McCain and giving out a competitors personal cell phone number, he actually climbed from 18% to 18.2% (at the time I completed this article). 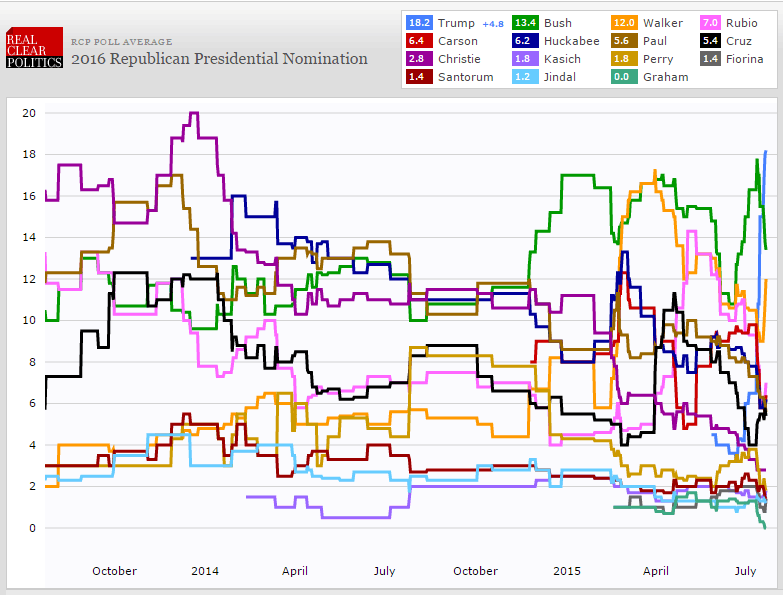 A Dose Of Social Media Reality:

Again, I want to be really clear. This post is not about politics, supporting any of the candidates or an advocacy of one view or another. Donald Trump certainly has upset a lot of people with his controversial comments and views on certain things. I would never advocate that a brand or marketer replicate that kind of reckless behavior that could damage their reputation with consumers. I am however suggesting that what we are seeing is people crying out for authentic leadership that doesn’t dance around theirs views. Be real and be authentic!