How To Increase Engagement And Relationships – Video And Social Media 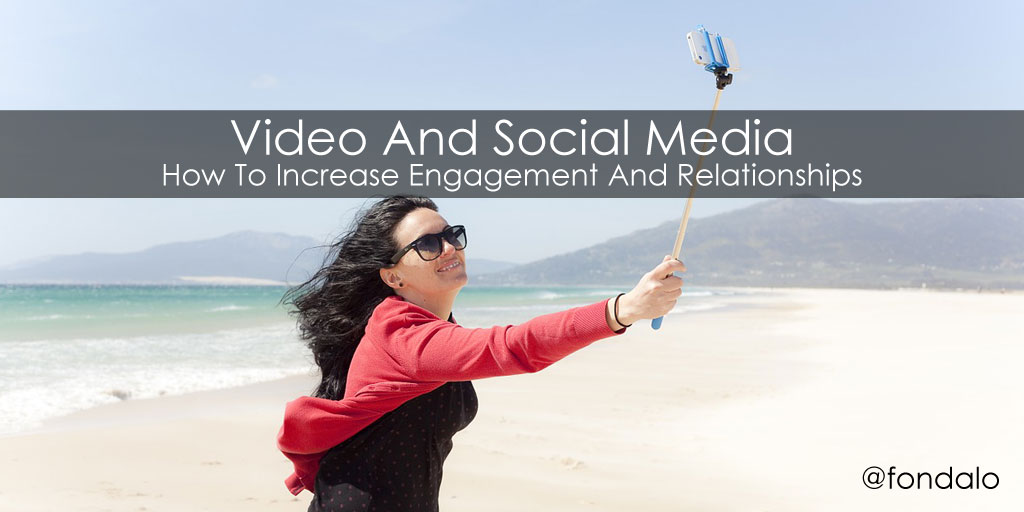 The growth of digital video adoption is nothing short of impressive, and not expected to decline anytime soon. How these numbers converge with social media and relationship marketing to become a powerful force for the small business and entrepreneur however is often overlooked.

For example, did you know that 89 million people in the United States are going to watch 1.2 billion online videos today? (ComScore) -or- that online video users are expected to double to 1.5 billion in 2016? (Cisco) If this does not get you to start thinking about ways to incorporate video into your social media marketing efforts, nothing will.

Beyond new streaming video products like Periscope and Meerkat that allow you to live stream video to followers, marketers have many video tools at their disposal that can make their social media efforts more personal. Like what? Well, Twitter has incorporated a video capability into their platform that is very unique and represents an incredibly powerful and personal way to stand out with your community. The feature enables you to reply and/or tweet to your followers with personal video responses quickly and easily.

Knowing that 82% of Twitter users watch video content on Twitter and that 43% use their phone to tweet, Twitter is clearly a prime venue to utilize video with connections. So a few weeks ago I decided to focus on and test Twitter’s video capabilities and measure the reactions and results. What I found shows a lot of promise.

Mind you, I did not do anything elaborate or use any special editing software, I simply replied to engagement from my followers with video responses rather than the typical text. Here’s an example:

As you can see this simple, personal, informal video response to the share of my blog post, resulted in a further conversation with Jason and obtained a considerable amount of impressions and other engagement as well. Here’s the stats on this specific video:

Though this particular video reply didn’t go viral (most will not) it did break through the norms of reach with a typical text reply. In this next video reply, I made sure to place a “.” in front of the persons Twitter name to ensure all of my followers would see this reply in their streams. The difference in reach and engagement is pretty dramatic and highlighted the personal approach to a much wider audience.

Notice the dramatic increase in impressions, engagement, views and clicks?

During my testing, I found that 90% of the video tweets I sent in reply to my followers received engagement from the person I was responding to. This dramatically contrasts the normal 50-60% response rate when I thank people using text alone.

To use this function from your mobile phone, simply click to reply to the person you want to engage with video. Next, click on the camera icon, choose the video option, then hold down the red video button to record. Be sure to add a period before the user twitter name, ensuring that it appears in all of your followers tweet stream, not just the person you are mentioning. Then send it. It’s really that simple!

Though Twitter is not publishing stats on the percentage of Video replies being used, I can tell you that VERY few people are taking advantage of this capability, making it something that can easily be used to stand out and increase your results and relationships.

Probably the most important point on all of this is that using video to reply requires nearly the exact amount of time as doing a text reply. Since the time required and executional friction is so low, yet receives a much higher engagement rate and reach, you would be crazy not to start implementing personal video responses into your Twitter marketing mix.

Stand out from the crowd on Twitter by always thanking and acknowledging when your community shares your content. Take your results and relationship building to a whole other level, by using video responses.

How are you going to use Twitter video in your social media marketing efforts?