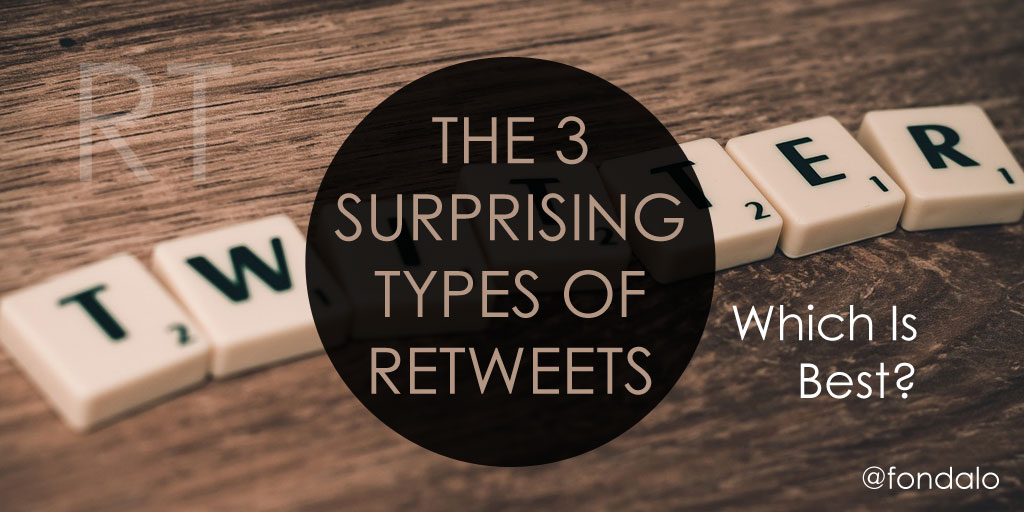 What if I told you that there are three distinct types of Twitter Retweets and they can all be used differently to get specific results? Would you be surprised? The fact is that most people are only aware of or consistently using one of the three types and missing opportunities to be effective. 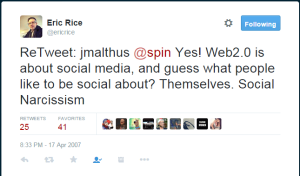 You might be surprised to learn that Twitter didn’t even invent the RT. Retweets were actually started by Twitter users, not the social network itself. Back on April 17, 2007, Eric Rice (also from Portland, Oregon) got it all started with this: “ReTweet: jmalthus @spin Yes! Web2.0 is about social media, and guess what people like to be social about? Themselves. Social Narcissism” And how appropriate was it that the first Retweet was about social media itself?

It took Twitter two more years before finally developing an “in-network” solution for what people began manually doing on a regular basis. On November 19, 2009 Twitter launched the standard RT with all of its shortcomings to Twitter users, making it the second type of Retweet we will cover in this post.

Retweets are useful for many reasons, but you should have a few specific motivations for doing them if you want them to get real results in your marketing efforts. Your main goals for retweeting in marketing should include the following;

1) Provide value to your audience.

2) Spark engagement/conversation with the person you retweeted and/or your audience.

3) Build or further a relationship with the person you retweeted. 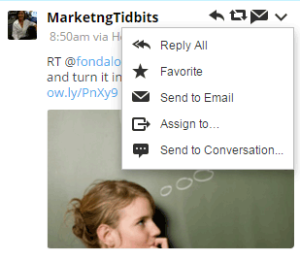 Old School / RT – If you are using a third party social media dashboard, like TweetDeck or Hootsuite, you are familiar with the RT type of Retweet. This is the old school Retweet started and made standard by Twitter users as discussed above. This kind of RT tends to get the most amount of response and engagement from the person you are RT’ing. 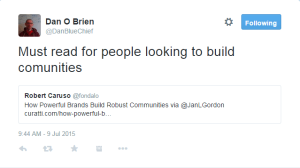 Twitter Quote Retweet – Twitter’s answer to the old school Retweet is the Quote Retweet. This kind of RT is a native Twitter RT type that allows you to link to the original tweet you are sharing, yet still add commentary to the Retweet with additional text and/urls. If you are using native Twitter.com or the Twitter phone app, this kind of RT gets far more engagement and response from those who you are RT’ing over the standard Twitter RT.

On Twitter.com – Click the RT icon associated with the post you want to RT, then add a comment in the text box BEFORE clicking to send it out.

On Twitter Phone App – When you click the RT icon on the Twitter phone app it will give you the option to select either standard or quote RT the post. Click to quote RT it and it will open a text field for you to add your commentary to the Retweet.

Twitter Retweet – For my money, the least effective type of Retweet is the standard Twitter RT. There are few advantages to using this kind of RT, yet many disadvantages to doing so.

Which Kind Of Retweet Is Better?

If your goals for retweeting content is to achieve something, choosing a primary type of Retweet is crucial. Based on the standard goals for marketing using RT’s above, I highly recommend that you drop the use of standard Twitter RT’s in favor of either the old school RT or the new Twitter Quote RT. These two types of retweets give you the best opportunity for return engagement, conversation and relationship building, which are foundational to your marketing success in social media.

Stats For Improving Your  Retweets:

(data via trackmaven Retweet Report – From 1.7 Million tweets from over 1.4K accounts)