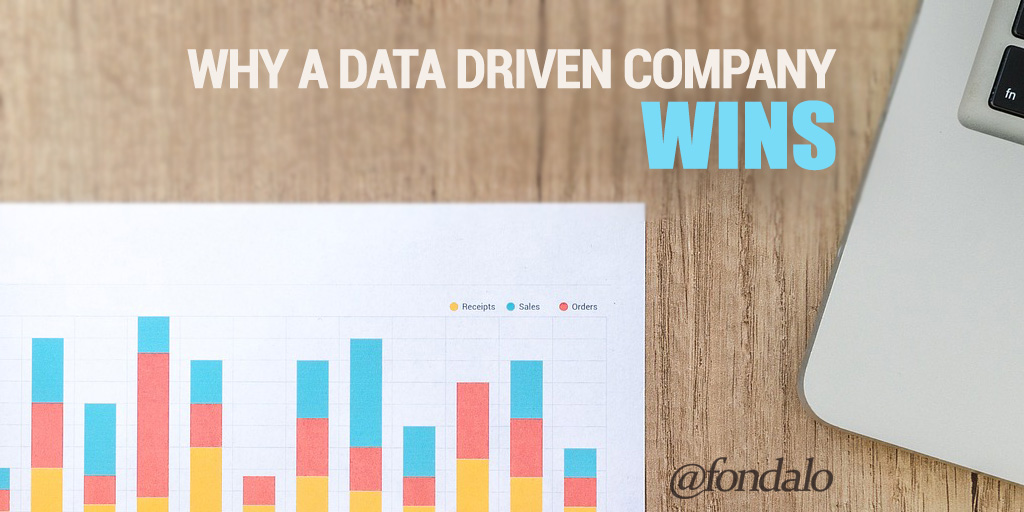 I asked a friend once how he was able to turn a company around from millions of dollars lost to a sizeable profit in just two years. His answer was not surprising, but for a lot of companies still today, it’s far too rare. What he told me was data, the right people who know what to do with the data, and the ability to execute.

It makes total sense. With so much improved technology, businesses can have all the data they want about any given piece of their business. But, what good is data if you don’t have the right people in place that can both ask the right questions of the data, but also translate the results into action.

So, what exactly defines a data driven company?

What Does It Mean To Be A Data-Driven Company? 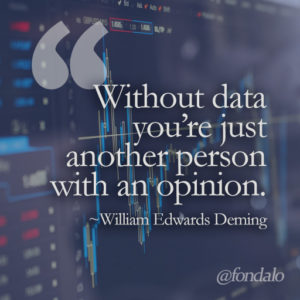 First of all, I have to say that data and marketing are, or at least should be connected at the hip. If your marketing isn’t being driven by hard data, you’re likely struggling. But many of you knew I would say that, so let’s dig deeper.

It was William Edwards Deming who said, “Without data you’re just another person with an opinion.” A truer statement would be hard to find. Being data-driven is one, according to Techopedia.com, that refers to a process or activity that is spurred on by data, as opposed to being driven by mere intuition or personal experience. Thus, businesses that rely on data to drive their decision-making are data driven businesses.

There are many different benefits to being a data-driven company, here are but a few of those benefits:

Data driven CX is all about helping companies most effectively target and then optimize according to customers specifics. From enabling real-time analytics to predictive data. These are key areas companies are seeking to unlock by being data-driven.

Leveraging data to make cost improvements is exactly what my friend did to turn his company around. In his case, it came down to improving his margins by just 5 percent. That’s all it took for him to go from loss to profit. But, without data to seek out and find patterns to either fix or enhance, it would not have been possible. Matter of fact, the Harvard Business Review did a study that showed of the Fortune 1,000 companies that use big data, the majority employ it (and see value in its ability) to decrease expenses.

It’s no secret that streamlined operations means more efficiencies and this can be leveraged to mean more profits. A great example of using data to help streamline operations is the airline industry. Because commercial flights are mandated by law to hold to a strict schedule of maintenance and inspection, unplanned downtime can be costly. For some, just one hour of non-operation can cost an airline upwards of $10,000 an hour. SAP did a study on this that showed by utilizing data and in-memory technology to analyze the airline’s engine data and by streamlining the maintenance process, unplanned downtime dropped by as much as 18%.

Wouldn’t you like to find that kind of savings on your next P&L statement?

Recently, Forrester published a report that showed that data-driven companies that are accessing data company wide are finding growth by in-turn implementing the insights to create a competitive advantage. According to the report, which can be purchased online, these data driven companies are seeing growth at an average more than 30 percent annually. By the year 2021, these companies are expected to earn $1.8 trillion in sales.

What Are Top Data-Driven Goals For Companies

We’ve look at some of the benefits to being a data-driven, but what are some goals companies and their evolution into becoming a more data driven and intelligent enterprise? In Harvard Business Review’s study on inflection points for the data-driven enterprise, they asked just that.

The Need For Data In SMB

There is no question that becoming a data-driven company can be costly. Many larger companies, who can afford to evolve at a faster pace towards utilizing business intelligence, have also hired data scientists to help them translate and execute the data. But what does this mean for SMB?

The good news though is that with new innovation, there are many tools available for companies of all sizes that are both effective and affordable. Simply put, there is no excuse not to be a data driven company. The real problem lies in one’s ability to translate the data. As far back as 2015, we wrote about that in an article titled, “Strategy, Tactics and Data Don’t Matter When You’re Wrong.”

Are You Using Data To Drive Your Business?

In what we do every single day, it is imperative that we not only mine the data, but also translate the data into sustainable action that drives positive results. When we work with clients, we want to know more about their customers than they do. We have to. How else are we going to meet their needs as well as deliver a consistent experience that will keep them coming back for more?

If becoming a data driven company is not on your list of goals, what are you waiting for? With 30 percent annual growth, run don’t walk to get this implemented within your brand.