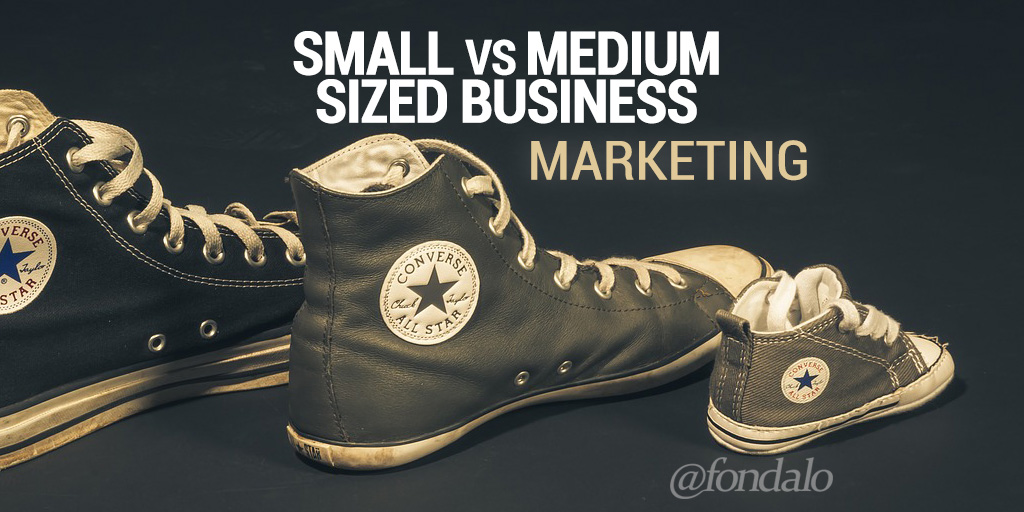 I recently attended a baseball game at a high school where the same guy who was running the concessions stand, was also the same guy running both the scoreboard and playing the music in between innings. When the game ran late and the field lights needed to be turned on via some switchboard conveniently placed somewhere out near right field, guess whose job it was to turn them on? It also got a little awkward when the game would resume but the music kept playing. Life is hard when trying to do everything.

Sitting there watching the game that night, it reminded me a lot about the world of SMB, or small and medium-sized businesses. And although we lump both sized businesses into one acronym, SMB, when it comes to operations and marketing needs or focus, there are a lot of differences between the two.

What Defines A Small And Medium Size Business?

A business with 100 or fewer employees is generally considered small, while one with 100-999 employees is considered to be medium-sized. Both sized businesses are vitally important to the U.S. economy.

Often times, we’ll hear the statement that small businesses are the backbone of our economy. And they are. With an estimated 28 million small businesses in the U.S. alone, the sheer amount in quantity dwarfs that of larger corporations, which are nearly at 19,000 currently operating. Of course, revenue is a much different picture here.

Of those 28 million small businesses, and estimated 22 million are individually operated, without any employees. What inning are we in again? Oh, that will be $1.50 for the hot dog.

For many reasons, which we will discuss shortly, there are many factors that differentiate marketing focus within SMB. Often times, it is not the focus per se that is the biggest difference, it is the challenges.

But for the sake of applying some basic definitions of marketing focus within SMB, the primary focus of marketing in a small business is growing a brand by creating awareness in an efficient manner, often times with limited capital resources. With medium-sized businesses, they can do a/b/c studies, hire marketing consultants, advertise across multiple media types, whereas small businesses often are more limited to organic growth of the brand across existing “small investment” modalities such as Social, Web, and good ole’ fashioned networking.

Of course, we are just scratching the surface here with these basic definitions, but it’s not always the objectives that are the differences found within SMB, it is the challenges both sized businesses face that can differentiate the two. What are some of the challenges that small businesses face in regard to their marketing efforts that don’t always equate with medium-sized businesses?

One of the most common statements made by small business owners is that they wish there was more time in a day. And when it comes to marketing efforts, nothing rings truer.

In a recent small business survey conducted by infusionsoft, the leading challenges these businesses stated that they have with marketing was finding time and resources for marketing. Interestingly enough, more than half of small businesses already outsource graphic and website design, yet a fraction is outsourcing their marketing, public relations, and advertising.

Ironically, in that same infusion soft survey, it also revealed that although 70% of small businesses are doing their own marketing in-house, these same owners are least satisfied with the results. 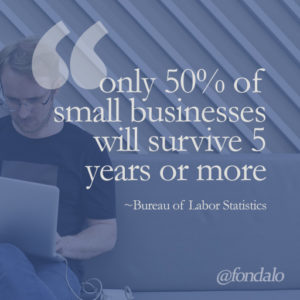 According to the Bureau of Labor Statistics, only 50% of small businesses will survive 5 years or more. Too often, this can be a result of small business owners finding themselves in that place of trying to do everything. It can be too easy to lose sight of long-term goals by simply being busy at being busy. Instead, we should aim to work smarter and not just harder.

Case in point, when speaking to a small business owner recently who owned 2 brick and mortar stores, they had no idea what their margins were or simply the cost of running that business. A year later, they were closed.

Whereas with another small business owner who decided they wanted to open a restaurant, they focused their time on knowing their business. In turn, they knew their numbers. The result was skyrocketing and sustainable growth. That same owner later told me that if they could measure it, they could manage it.

When we know our numbers and what affects movement, we can then spend our time and what money we have accordingly and in ways that will create traction and can lead to sustained growth. I mean, who needs a website if no one sees it? Focusing on what really matters and what drives the numbers will breed much-needed perspective. But sadly, without more hours in a day, what is one to do?

Regardless of how cash is attained in either starting a new company or simply running a small business, it’s how you strategically invest it back into the company that matters most.

The annual revenue for small businesses in the U.S. vary and frankly, based on state by state cost of living, can be deceiving. Historically speaking, for most small businesses, being strapped for cash can be a constant. In turn, having lighter pockets can limit the small business owner from being able to innovate, hire strategically, or even outsource strategic support for critical areas of need like marketing.

When your top challenges are time, focus, and money, often times, its resources by way of key staffing, innovation and use of technology that can suffer the most. Again, this is where a small business owner needs to innovate their thinking by seeking to work smarter and not just harder. It’s a hard climb for many. And there are millions of small businesses that are thriving every day in America. That you can build something from nothing is something we shouldn’t ever take for granted in this land of opportunity.

And it is this same cash that will also allow them to invest in key talent as well. Case in point, as the U.S. economy continues to reach new heights, in a recent jobs report, it was these same medium-sized companies that led the way in job growth. If and when small businesses are ready and able hire new staff, often times, they find it difficult to find the right talent.

A third differentiation between small and medium-sized businesses that mid-sized business also has, due to having deeper pockets, is the ability to innovate.

SMB Is Not (Entirely) What We Thought It Was

When marketing to small and medium businesses, it’s not one size fits all either. With so many factors at play, one cannot simply cut and paste proposals. Yet whatever the size of a particular business, one thing they do have in common is time and how they each spend it.