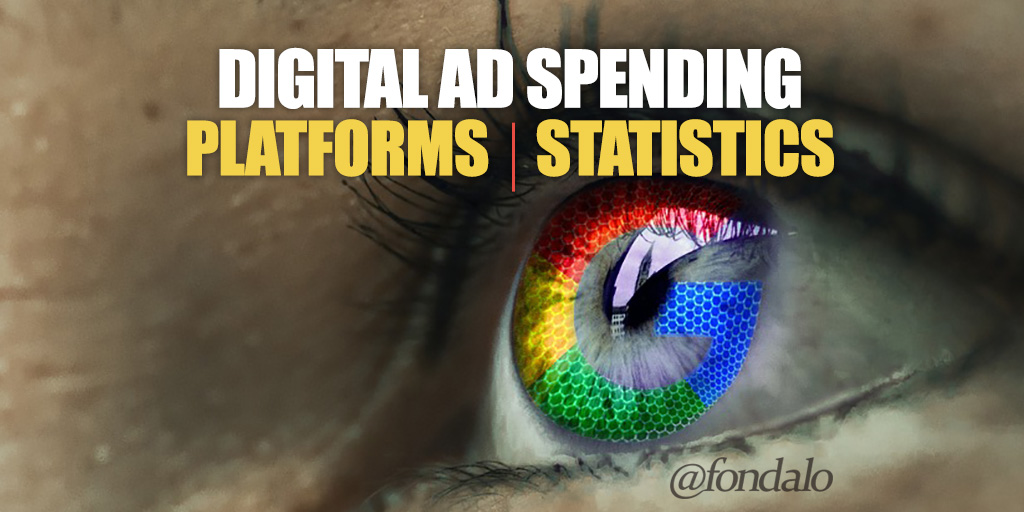 There was a time (years ago) when I strongly believed that Facebook’s plan to transform itself into an ad platform by restricting the reach of their business pages and forcing them to spend was not sustainable. Well, I was wrong and when I am wrong about something, I am ok with saying so. But I had to move on with the reality of the online ad market and so do you.

Let’s first frame the worldwide digital advertising landscape so you get a better idea of exactly how large the online ad market currently is. It is important to clarify that the following global ad spending numbers consist of advertising that appears on desktop and laptop computers, mobile devices and other internet connected devices and includes all of the various formats of advertisements on those platforms.

Currently, the global ad spending market is 333 billion dollars annually, up from 283 billion in 2018. The $333 billion spent globally on digital ads this year also reflects just over HALF of all media ad spending for the year. That means that brands are now spending more on digital ads than they are on Superbowl, other television ads, print, and all other non-digital mediums combined. If you don’t see that as significant, you are really missing the boat here.

In fact, global ad spending is not expected to slow down anytime soon. By 2023, the worldwide digital ad spend is expected to reach a massive $517.5 billion with the total percentage of total online ad budget surpassing 60% of total global media ad spend budgets. source

But before your patriotic American heart bleeds for how we are leading the digital ad market in the world, there is a key metric that U.S. brands have not been leading thus far. In fact, it won’t be until this year that American brands will reach the critical 50% + spending on digital advertising as opposed to offline ad spends.

Leading the U.S. in the percentage of total ad spending going to digital are several countries that have previously already hit this mark by 2018 or earlier. The 2018 percentages are as follows: 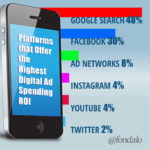 Where to spend your digital ad dollars is at least as important as how to spend them. A recent study conducted by financial services firm Cowen and Company investigated what brands said about the question of ROI on which ad network was best. Without many surprises, they determined that Google and Facebook were perceived as providing the best return on investment for digital ad spending.

In fact, 48% of the senior ad buyers who were surveyed, stated that Google offered the highest digital ad spend ROI, followed by Facebook at 30%.

YouTube, Facebook, and Instagram are the leading social video ad players in the market, which combined are favored by US digital video viewers. What’s even more interesting is that other smaller social networks like Instagram, Twitter and Snapchat are also favored higher by online video viewers than even major news sites.

In the past, many small and mid-sized brands have opted to utilize an organic-only digital marketing strategy and consumed their entire online marketing budget without ad spend. What these numbers clearly show is that brands are going to need to increase their overall marketing budget online which includes money for online ads as well. Competing for the consumer’s attention online and the changes that social and search platforms are continually making, require that brands of all sizes increase and reallocate spending to keep up with their competition.